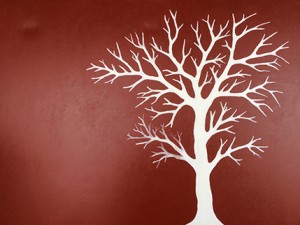 Summer hibernation is starting to fade and a new year’s activities await. 2014 was a big year as it turned out, we released not 1 but 2 albums – Vita Brevis and Poetry on a Plate – the latter being the centrepiece of our regular dinner/show which had a good year. We produced a radio series – On The Road – which went to air, locally, Statewide and, in a couple of cases, Nationally. We published a number of articles and photographs in newspapers and magazines and featured in 2 other stories. In addition we travelled through the North of England and Italy, managed 3 kids at boarding school, became a grandad, got a new job and commuted 100km every day from our palatial country residence. Bring on 2015 !! – My first painting for the year is above – unfinished, Poetry on a Plate kicks off on Sunday the 5th of April, right after we get back from the National Folk Festival – whew – can’t wait to hibernate again!